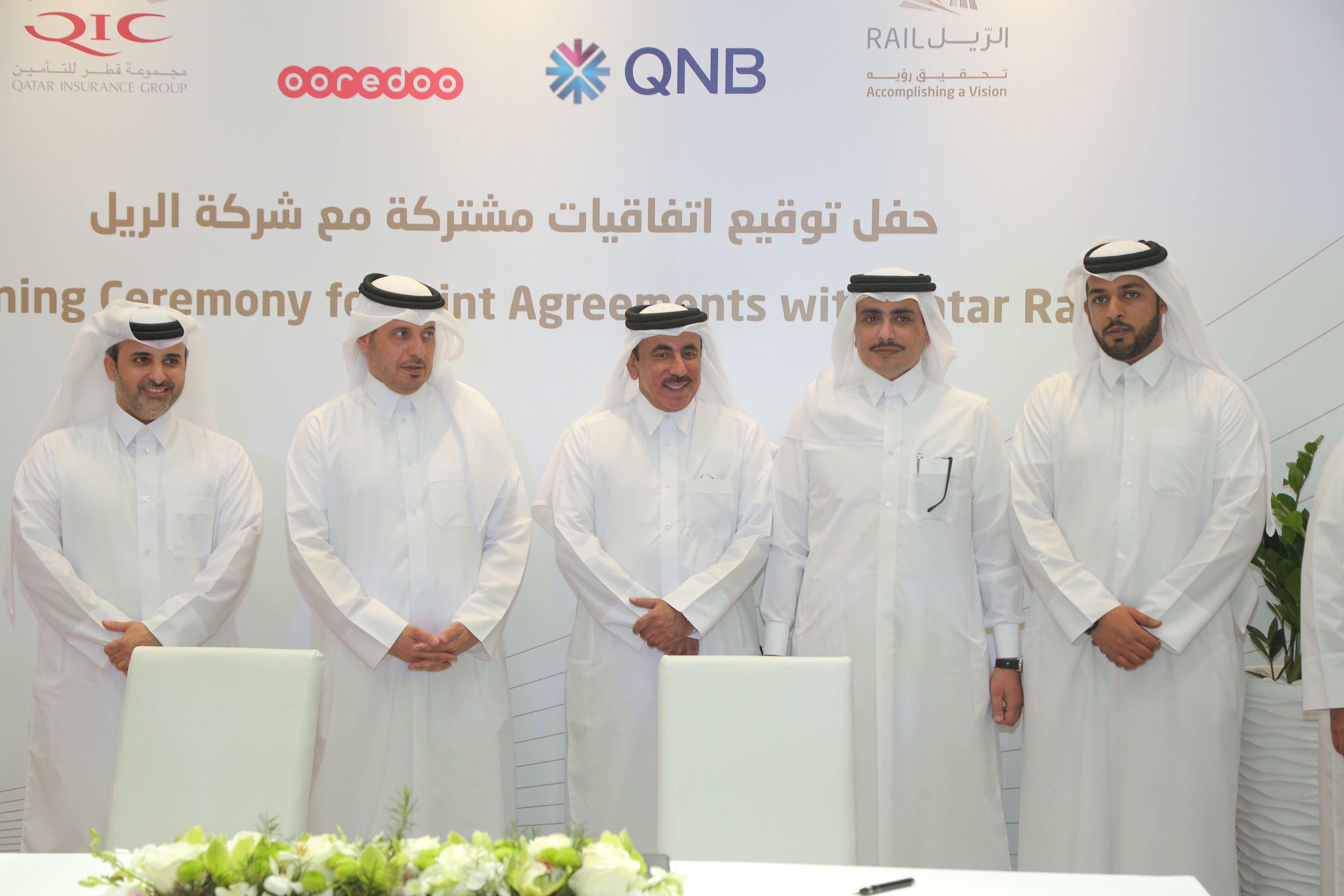 Qatar Insurance Group has signed a partnership agreement with Qatar Rail yesterday under the patronage and presence of His Excellency Sheikh Abdulla bin Nasser bin Khalifa Al-Thani, Prime Minister and Minister of Interior and H.E Mr. Jassim bin Saif Al Sulaiti Minister of Transport and Communications, and top rank officials for naming the West Bay station as Qatar Insurance Group station, which is the first agreement for naming stations. This initiative is included in the CSR agenda and stations naming rights are a strategic aspect of Qatar Rail, through which it endeavors to execute partnerships with the companies and leading Qatari and international trademarks for the purpose of promoting its services in the stations and enabling it to reach a wider range of market targeted segments. This agreement was signed by Sheikh Saoud bin Khalid bin Hamad Al-Thani, Qatar Insurance Group Board Member, and Eng Abdulla Abdulaziz Al Subaie, MD and CEO of Qatar Rail.

Speaking on this occasion, Sheikh Saoud said: “It is our pleasure to meet today with our partners in Qatar Rail while launching the first station in West Bay under the name of Qatar Insurance Group in coordination and partnership with Rail Project, included in major infrastructure projects under execution and supportive to the Qatari economy within the Qatar National Vision 2030.”

He added: “We, in Qatar Insurance Group, always endeavor to cooperate with our partners for enhancing the economic development in order to achieve sustainable development, progress and welfare of all Qatari people, either in the present or the future, hoping permanent prosperity and pride for Qatar, our beloved country.”

From his part, Eng Abdulla Abdulaziz Al Subaie, MD and CEO of Qatar Rail, said: “Metro is one of the most important means of transport attracting large and varied segment of users. In addition, stations generally represent attraction points for the occupiers of neighborhood, which is a unique opportunity for the companies to promote its trademarks and services. We look forward to work with Qatar Insurance Group in order to enhance its market position through this partnership in the perfect manner.”